Oh oh, here we go again. The Savage Curtain is another episode in which Kirk and Spock are forced to fight for their lives by ultra-powerful aliens. The only change in the formula is that the evil alien is not the first one we see, an Abraham Lincoln look-alike (Lee Bergere), but a kind of … END_OF_DOCUMENT_TOKEN_TO_BE_REPLACED 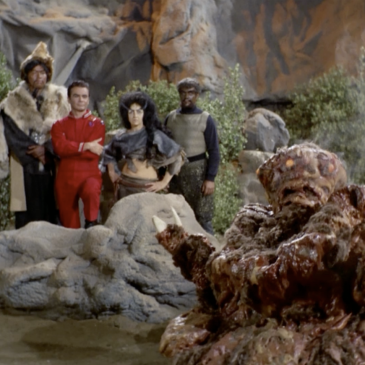 Spaceballs is a 1987 film written and directed by Mel Brooks. It remains to this day the most expensive film ever made by the director, with a budget of 25 million dollars of which, apparently, five went directly to George Lucas and his Industrial Light and Magic for post-production. Mel Brooks was clever enough to ask … END_OF_DOCUMENT_TOKEN_TO_BE_REPLACED