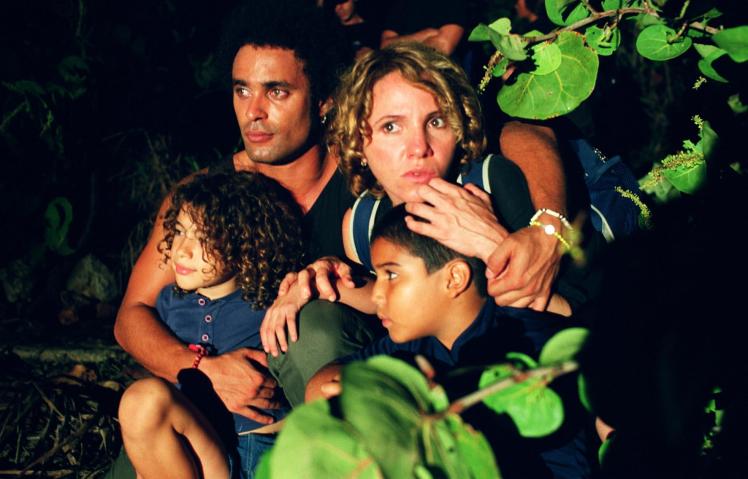 Writing about Habana Blues, a 2005 film directed by Benito Zambrano, is a bit like dancing about architecture, to quote the legendary Frank Zappa. There is so much music in this film that writing about is equivalent to writing about its soundtrack, and it’s hard to write meaningful stuff about music! Anyway, I’ll try.

Habana Blues is the story of two inseparable friends, Ruy (Alberto Yoel) and Tito (Roberto San Martín). They’re musicians in Cuba and they dream about going away, leaving the island and making a living in Europe. In order to do so, and in addition to composing and playing music as if there was no tomorrow, Ruy doesn’t hesitate to go to bed with any tourist who promises him to give visibility to their music abroad (note that his wife, played by Yailene Sierra, doesn’t like this strategy very much). But the real opportunity comes when a Spanish producer arrives in La Habana in search of local talents. Ruy (literally) throws himself on Marta (Marta Calvó) who leads the operation, and things seem to be going well for a while, but then some complications arise…

But let’s face it: the plot is not the strong point of the film. Indeed, the plot is trivial: two great friends, the opportunity of lifetime, a disagreement, the separation and then the reconciliation. How many times have we seen this cliché on the big screen? Far too many to be excited with this one. But here what’s exciting is the music! And the nice thing is that the movie shows a decidedly unconventional musical side of Cuba. Forget Buena Vista Social Club, here comes Cuban rock and roll, punk, and there’s even a bit of death metal! The numerous songs of the soundtrack carry on the unoriginal plot and makes the viewer forgive the sometimes sub-par acting performances (especially by Alberto Yoel, who is handsome and many times he seems happy to look handsome forgetting to act).

That said, there are also other elements to appreciate in in the movie. The characters openly talk about dictatorship and citizens’control; there’s illegal emigration of people escaping to what is perceived as a paradise (whether it is Europe or Miami); the issue of marital infidelity is dealt with in a realistic way and it has real consequences on the characters… in short, it’s not a stupid film by any means. Not to mention the theme of art, intellectual honesty and the need (or willingness) to compromise to become popular!

So, on the one hand there are old clichés, on the other hand there are interesting ideas, and to top it all the music is simply amazing. La Habana is shown on screen in all its decadent charm, in all its poverty, its sweat, its sadness and cheerfulness, and it’s different from the tourist-catcher version that attracts so many recently married European couples for their honeymoon. In short, I recommend watching (and listening to) Habana Blues, ciao!