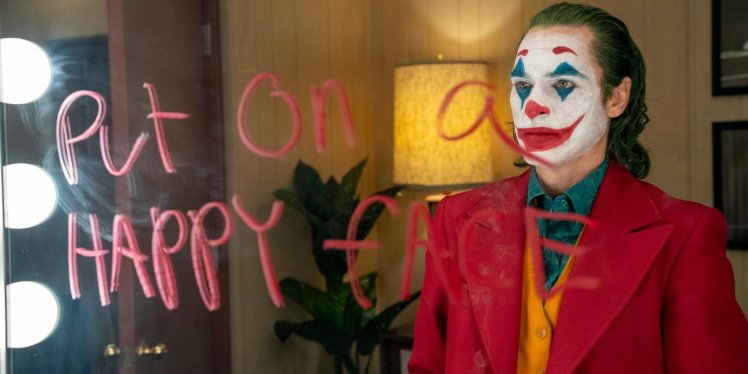 Everyone is talking about Joker, the Todd Phillips film starring Joaquin Phoenix. And since I saw it too, here I am with a review! Let me warn you: I’m not among the huge crowd of estimators of this film, far from it. I noticed a lot of problems that made me come out of the cinema with a negative judgment, the two-hours long movie is entertaining. So let me start with the positive things.

Joaquin Phoenix is ​​really good, and I didn’t need to see him playing the Joker to think so. I’ve always appreciated Phoenix and in this movie he has has simply shown his undeniable talent once again. He’s certainly the highlight of the film, dominating every scene with his exceptional charisma.

What else? The costumes, the set design, the cinematography, the camera work… Everything is done very well, and I admit that the fact that the director did a decent job surprised me quite a bit, since I knew Phillips’ resumé (seriously: find out what he directed in the past and you won’t find any decent movie). Even the soundtrack, although not memorable, is ok. But most of all I appreciated the fact that the film is not afraid to show violence and therefore it manages to have a serious tone both in the narration and in the images (in short: we see the blood).

That’s all. Practically, the bare minimum for a film made with several million dollars (55!) and with such a good leading actor. I found everything else problematic. Let’s start.

Joker is a movie that only has one thing to say and it says it and repeats it over and over again a thousand times over its two hours. Society creates its own monsters, the poor and socially marginalized ones are victims, the rich live in a different world and laugh at the majority of the population… Ok, ok, I understand! It’s also easy to agree with this message, of course, but I found it tiresome to be bombarded with it from minute one to minute one hundred and twenty. And, to make matters worse, there’s a scene, the worst of the movie (the classic explanatory scene), in which the Joker in person explains shouts the message when interviewed by the character played by Robert De Niro. As if it wasn’t clear enough already!

What else? I found the plot trivial and obvious, and ultimately useless. Useless because the Joker doesn’t need an origin story: the Joker is the counterpart of Batman, a madman who makes absurd plans and wants to spread the chaos (this was perfectly done both in Tim Burton’s Batman and in the The Dark Knight by Christopher Nolan). Trivial and obvious because the obvious choice to create a character like this one had to be imagining a poor man who grew up in a devastated family and has been abused his whole life. The whole operation reminded me of Rob Zombie’s Halloween: does the first part where Zombie shows us the origin of Michael Myers make sense? Maybe so, but it’s not needed (that is why Carpenter in 1978 decided not to show it): Myers is simply evil, that’s it. There’s no need for explanations of why that is! Just as no one needs detailed explanations of the origin of the Joker!

In fact, and here I come to another criticism, I think that the film would’ve been better if Arthur Fleck hadn’t been the Joker, and if it wasn’t set in Gotham City but in New York. Of course, but who would have given Todd Phillips $55 million to shoot such a movie? Especially considering that in 1976 Martin Scorsese had already made that movie and called it Taxi Driver? Yeah, Joker is a bit too derivative of the Scorsese masterpiece to impress me (even the last act in which Fleck goes on TV with the intention of committing suicide and instead ends up killing the show host is very similar to Travis Bickle trying to kill the politician and ending up killing the pimp). There’s a lot of Taxi Driver and there’s also quite a bit of The King of Comedy (1982), another Scorsese movie. Funny, given that in these days the good Martin has declared that in his opinion cinecomics are not cinema. But let’s not open this discussion!

What else… Joker misses at least three chances to finish his story without going too far:

But no, Phillips proves he can’t close the film without repeating the message once, twice, three times more! In the end, I admit, I couldn’t take it anymore.

And speaking of missed opportunities, wouldn’t it have been nice if the character of Thomas Wayne had been written seriously, so as to give depth to the story of Fleck who discovers he’s his son? Instead, this potentially brilliant plot choice loses all its potential strength with two ridiculous scenes one after each other: after Alfred (I suppose) explicitly says “You are the son!” to Arthur, the latter manages to talk to Wayne who… punches him and leaves. Wayne behaves like a street thug. I believe that it would have been better if it had been discovered that what his mother thought was true, with Wayne forging documents to pretend that Fleck had been adopted! Some minutes could have cut from the overly-long initial part on the ill-treatment of Fleck (also, the scene of the murder of Bruce Wayne’s parents feels very forced and I wasn’t able to enjoy it despite the reference to Tim Burton with the pearl necklace breaking in slow motion) and an interesting story could have been developed!

And speaking of useless and very forced scenes: why did somebody feel that we needed the explanatory flashbacks to show that… tadàn, Arthur had imagined the relationship with his neighbor, nothing was true! Thank you very much, movie! I understood that as soon as you made it clear that Arthur had hallucinations (right at the beginning of the film, when he imagines himself on the Murray Franklin show). This film really needs to explain everything even if, in reality, there’s very little to explain. This is a pretentious film which in the end has very little to say…

So, for me Joker could have been much better in more capable hands but I found it shallow, derivative, repetitive, and useless. There’s a wonderful Joaquin Phoenix and it’s relatively entertaining, but there’s nothing more. Does it deserve to be seen? Yes, it does, but is it a masterpiece, worthy of a Golden Lion at the Venice Film Festival? No, it’s not, not at all! Ciao!