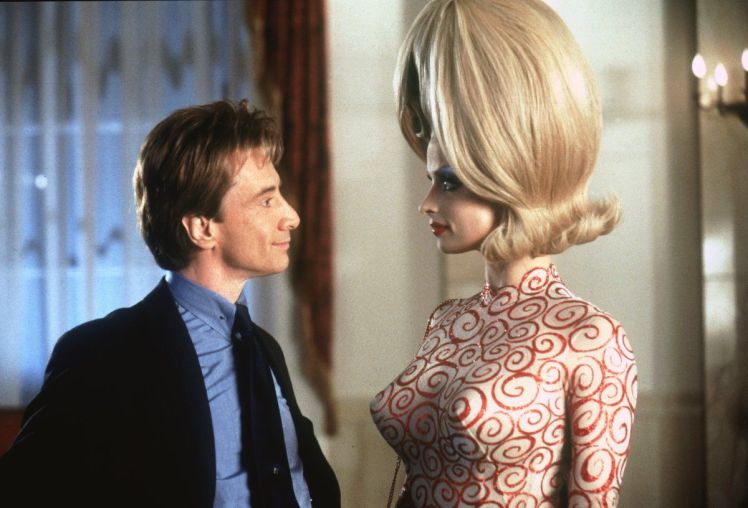 I believe that a director must be a genius to come up with a great film based simply on a series of illustrated cards for children made in the Sixties. And since I consider Mars attacks! a great movie, I’m sure you have it clear that for me Tim Burton is a genius. Of course some of his latest movies like Big eyes (2014) and Dumbo (2019) are making me think that his creativity has been diminishing over the years, but every time I watch one of his best works I remember why I love cinema so much!

The plot of Mars attacks! it’s the simplest thing you can imagine. Martians attack Earth and humans try to survive. That’s it. We have seen hundreds of films with this same plot, not least the horrendous 2016 sequel to the already hideous Independence Day by Roland Emmerich that the teenager version of me saw in a cinema back in 1996 (I was young and naive!). But Mars attacks! it’s not the classic movie about an alien invasion, far from it. It’s one of those rare examples touching multiple genres, in this case science fiction (or fantasy, as you prefer), action, and comedy, and managing to work perfectly in all of them. The story is based on a myriad of characters and the cast is nothing short of stellar: Jack Nicholson (in his second collaboration with Burton after playing the Joker in 1989 Batman), Sarah Jessica Parker, Jack Black, Tom Jones, Danny De Vito (he too had already worked with the director, but in Batman returns, 1992)… in short, as for actors and actresses, there was no expense spared there! And the soundtrack is, needless to say, by Danny Elfman, who almost always works with Burton.

I have always liked the film, but now that I have gone through the series of cards on which it’s based, I appreciated it even more. There are scenes taken directly from the series like that of the runaway herd in flames or of the vaporized dog, but it’s surprising how the film managed to capture the spirit of what was a game for children of sixty years ago and to update it to make it work. in the Nineties (and even today!). I would define the movie silly, but in a positive sense. Funny, carefree, with a violence that’s cartoon-like but not so ridiculous as to fall into the stupidity realm. Let’s face it: a lot of people die in this war with the little Martians who talk and move in a funny way. Yet, we laugh and the film entertains us in a nice way from beginning to end. The choice to have an immense cast helps the unpredictability of the plot: all the characters can disappear / die suddenly, and some characters are introduced as a surprise in the second part of the film, for example Tom Jones.

I see Mars attacks! as a fan ride: full of colors, with crackling dialogues and enthralling music. I always enjoy rewatching it, and I find it a bit unfair that it’s considered the worst film of the first Burton. Among other things, if he made a film like that now I wouldn’t believe my eyes! Now that I think about it, he got really close to that with Dark shadows, maybe one of these days I’ll write about it… ciao!