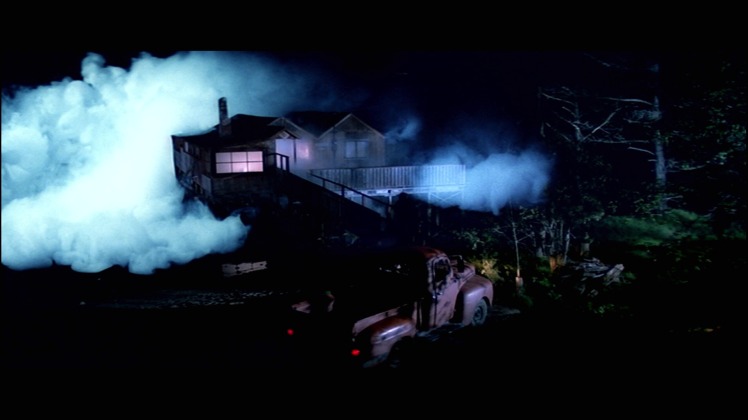 The Fog is the third movie directed by John Carpenter and was released two years after his greatest success: Halloween (1978). Although it pertains to the same genre of the latter (horror / thriller), the American director couldn’t have made a more different film. In other words: any other young director would have limited himself to repeat the same winning formula in order to cash in on Halloween’s success… well, not John Carpenter, who even refused to direct Halloween II (then released in 1981 with Rick Rosenthal as the director).

So, what did Carpenter do with The Fog? He gave us a film with a great atmosphere in which the stories of various characters are intertwined and together unveil little by little a borderline-fantasy plot. 38 years after its theatrical release, I feel free to have a few spoilers to my review, I hope you don’t mind…

San Antonio Bay is a small fishing village on the coast of California and all its inhabitants are excited for the celebrations of the 100th anniversary of its foundation. We follow the beautiful Janet Leigh (she was in Psycho!) busy preparing the party with her personal assistant Nancy Kyes (we saw her in Assault on Precinct 13, 1976). And we also see other residents of San Antonio Bay: Tom Atkins giving a ride (and something else too…) to the beautiful hitchhiker Jamie Lee Curtis; Adrienne Barbeau working at the local radio and living with her seven-year-old son Andy; and the alcoholic priest played by Hal Holbrook, Father Malone. A curiosity: the young hippie cleaning the church at the beginning of the movie is none other than the very young John Carpenter!

Everything seems normal… no, not at all. We witness a series of paranormal events in town, events that begin to shed light on a disturbing story when little Andy sees a gold coin shimmering on the beach. When he tries to fetch it, he finds himself holding a piece of wood belonging to an ancient vessel, the Elizabeth Dane… And then somebody dies. Three fishermen suddenly find themselves surrounded by a strange fog and one after another are massacred by creatures looking like ghosts (or zombies) of sailors. Little by little the tension rises and more and more worrying things happen, all escalating to the marvelous ending in which the protagonists of the story find themselves in the church on the hill discovering the truth on the history of San Antonio Bay and fighting for their survival against Blake and his crew.

I’ve always considered The Fog among my favorite John Carpenter’s movies (by the way, do you know that I met him???) and it’s one of those that I have re-watched infinite times. The soundtrack is beautiful, with its mix of synthesizers and piano. The special effects of the fog are well done and the ghosts/zombies are really scary. There are many main characters and there’s a great chemistry between them. The tension is palpable all the time and it’s never easy to understand who’s destined to die prematurely and who will survive. The film doesn’t look cheap at all despite its low budget thanks to the skills of Carpenter behind the camera, to a fantastic cinematography, and to the use of the anamorphic format (2.35:1, that is wide screen). The Fog seems anything but a low budget horror!

And then I always found the story very fascinating: Blake returning 100 years after his death to take revenge on the founders of San Antonio Bay who betrayed him to steal his gold (actually, something similar really happened in the XIX century near Goleta in California), a story that in its “innocent” version is told by John Houseman in the fantastic opening scene in which he scares the kids gathered around the midnight bonfire.

In short, this is a great movie that you can watch and re-watch infinite times (as usual when it comes to John Carpenter). Stay away from the 2005 remake and enjoy the original made in 1980! Ciao!

10 risposte a "The Fog: Movie Review"