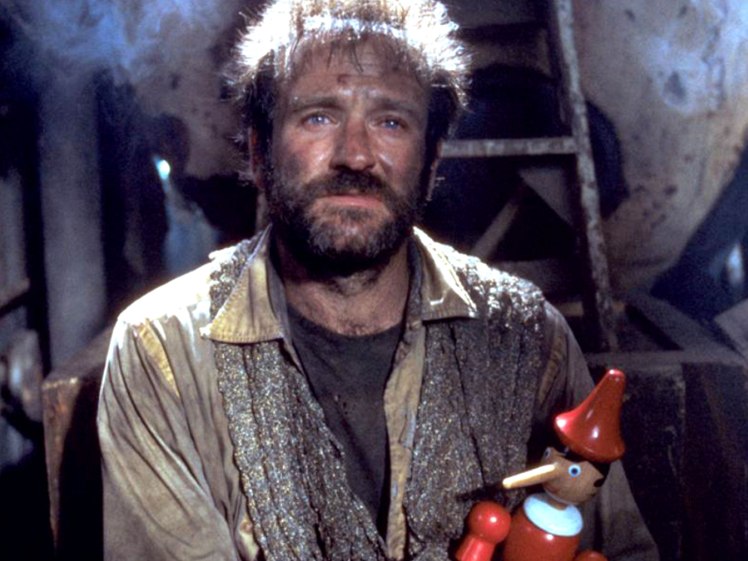 Yesterday I re-watched The fisher king, the 1991 movie of the absolutely brilliant Terry Gilliam. The fisher king lies in the middle of his golden age that starts with Brazil (1985) and ends with Fear and loathing in Las Vegas (1998), together with The adventures of Baron Munchausen (1988) and Twelve monkeys (1995). Five movies, five masterpieces. That’s almost unique in the history of cinema! But let’s talk about this fisher king, and if you haven’t done it already, you better get out of here, get it, and watch it! If you like movies, not having seen this one would be unforgivable.

In The fisher king, Jeff Bridges plays Jack Lucas, a radio personality with a serious lack of moral principles and about to enjoy mainstream success thanks to a new TV show. But one of his listeners, a crazy one, takes his words too seriously and commits a senseless mass murder in a restaurant. Jack feels responsible and falls into depression and alcoholism. We find him three years later with suicidal tendencies when by chance he meets Parry, an amazing Robin Williams, who saves him from some racist youngsters beating him, dressed as a sort of medieval knight. When Jack finds out that he’s (in)directly responsible for Parry’s living and mental conditions, he tries to do something for him. Initially, he does so very clumsily, but then they develop a great friendship, which in the movie is also mixed with a couple of wonderful love stories. I don’t want to reveal more of the plot, because in case you haven’t seen the movie I don’t want to spoil it. But, and I repeat myself, watch it as soon as possible, it’s an unmissable masterpiece!!!

And why, I’m sure you’re asking yourselves? First of all, thanks to Terry Gilliam. This movie is choke-full of ideas! Every shot is thoughtful, and it is so in order to pass to the viewer the meaning of what we see on screen: for example, Gilliam uses a lot of Dutch angles (that is, oblique angles) when the characters have altered perceptions or are totally crazy, and fisheye lens are often used in subjective shots for such characters. There are memorable scenes like that of the waltz dance in Grand Central and of the red knight ride in Central Park. Every dialogue is sharp, acute, and also credible at the same time. Actors are all masterfully directed (Mercedes Ruehl won an Oscar with this movie) and the chemistry between Bridges and Williams is incredible. The set design is extraordinary, and the cinematography only adds to its quality. Every location is memorable: the cold Manhattan skyscrapers, the muddy Central Park, the messy basement where Parry lives, Anne’s colorful video rental, the medieval-like castle in 4th avenue, and the surrealistic radio studio where Jack works.

And then the plot… even the plot is incredibly good! Everything works like clockwork and, as in every Terry Gilliam’s movie, there are multiple ways to interpret what happens. The movie deals with friendship, career, love, redemption, having an objective in life, success… each of them is analyzed in a non-banal way in these 137 exciting minutes. Even though it was not my first viewing of the movie, yesterday I noted how my emotions changed throughout the movie because of what was happening in it. It’s powerful, gorgeous, and intelligent.

Also, The fisher king is a movie in which nothing is there by chance. For example, and we enter spoiler territory now, why does Gilliam show us a bloody piece of brain getting onto Williams’ face in the restaurant flashback scene? Without that blood we wouldn’t understand Parry’s hallucination that takes the form of the (blood-like) red knight that breaths fire, the same fire of the killer’s shotgun. The red knight’s drawing in Parry’s basement confirms this intuition, which is also confirmed by the name “Parry”, short for Parsifal, who fights against a red knight in the Arthurian legend. And the parallels with the latter are not limited to that, there is also the quest for the holy grail which in the movie will lead to a double redemption for Jack… So, what do you want more? It’s a gorgeous movie, it’s fascinating, it’s touching, it’s intelligent, and it has infinite replay value.

And I keep on waiting for The man who killed don Quixote that should come out this year… Update: I wrote a review for it!!! Ciao!